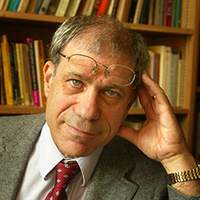 When it comes to natural beauty, are there any norms or standards that tell which judgments are better or worse, more or less adequate other than the fact that when you see it, you like it? This is the central issue in environmental aesthetics. This presentation asks whether there are moral norms that act as such standards.

Those who believe that morality has a bearing on aesthetic judgments about nature take one of two tacks. The first appeals to the idea that there are morally bad states of nature and they detract from their aesthetic value. The other tack is that certain aesthetic judgments manifest disrespect for nature, which makes them defective or inappropriate, while others manifest respect making them more appropriate. Call this idea respect for nature.

I will then consider each of these two approaches and in each case show that there have not been successful arguments for a moral norm that bears on aesthetic judgments about nature. I will then use elements from each approach to make a case for the existence of such moral norms. I will argue that there are at least two reasonable competing moral norms that bear on our aesthetic judgments about nature, and in general, it is permissible to adopt either one in the face of degraded natural environments.

This event is made possible by Jane and the late Arthur Stieren.