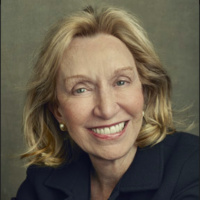 Goodwin is a world-renowned presidential historian, public speaker and Pulitzer Prize winning author. Her career as a presidential historian and author began as a graduate student at Harvard University when she was selected to join the White House Fellows, one of America's most prestigious programs for leadershp and public service. She worked with President Lyndon Johnson in the White House and later assisted him in writing his memoirs.

She was awarded the Pulitzer Prize for No Ordinary Time: Franklin and Eleanor Roosevelt: The Home Front in World War II. The Fitzgeralds and the Kennedys was adapted into an award-winning five-part television miniseries.

The Flora Cameron Lecture on Politics and Public Affairs is made possible by an endowment gift from the late Flora C. Crichton of San Antonio. The lecture is free and open to the public. The event will also be live streamed at live.trinity.edu.