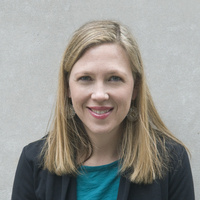 Stieren Lecture: Like A Musical Score: The Wall Drawings

Veronica Roberts is the curator of modern and contemporary art at the Blanton Museum of Art at The University of Texas at Austin. She joined the Blanton in February 2013. Her exhibitions at the Blanton include Vincent Valdez: The City (2018), Nina Katchadourian: Curiouser (2017), Donald Moffett (2015), and Converging Lines: Eva Hesse and Sol LeWitt (2014). She has written extensively on modern and contemporary art and is the editor of a forthcoming book on the work of Charles White. Roberts has held curatorial positions at the Museum of Modern Art in New York, Indianapolis Museum of Art, and the Whitney Museum of American Art. She holds an M.A. in the history of art and architecture from the University of California at Santa Barbara and a B.A. in art history from Williams College.