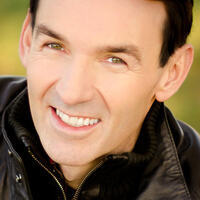 As part of the Stieren Arts Enrichment Series, baritone Jeremy Huw Williams will give a presentation on "How to Stand Out in a Crowd - Preparation, Programming, and Partnership" at 12:30 p.m. in the Ruth Taylor Recital Hall.

The Stieren Arts Enrichment Series is made possible by Jane and the late Arthur Stieren of San Antonio.