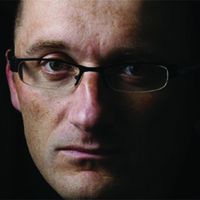 Julian Dodd, Ph.D., a professor of philosophy at The University of Manchester, UK, will discuss his work on the authenticity of music in a talk entitled "Appreciating Covers". Q&A after lecture. Reception to follow.

Dodd works mainly in the philosophy of music, metaphysics, and philosophy of language, and has published two monographs: Works of Music: An Essay in Ontology (Oxford University Press, 2007) and An Identity Theory of Truth (Palgrave, 2000). He has also written over forty journal articles and book chapters with high-quality presses. Increasingly interested in evaluative questions in aesthetics, Julian is currently finishing a monograph for Oxford University Press on authentic performance practice, Being True to Works of Music. His views in the philosophy of music tend to be regarded as either refreshing or notorious, and sometimes both.