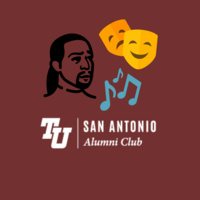 Don't "throw away your shot" to join Trinity alumni for the return of the award-winning musical Hamilton at the Majestic Theatre in San Antonio. The show begins at 7:30 p.m., and we plan to gather for a pre-show libation at 6:30 at at Bar 414 (one drink included in ticket price) before heading to our seats. ​

Limited quantities of tickets are available—secure your seat today!

In addition to receiving the 2016 Pulitzer Prize for Drama, Hamilton received a record-breaking 16 nominations and won 11 awards, including Best Musical, at the 70th Tony Awards.

Ticket prices vary and are available upon registration.