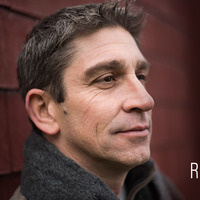 Richard Blanco, the first Latino and openly-gay presidential inaugural poet, will speak about his book, The Prince of Los Cocuyos: A Miami Childhood, at the Reading TUgether lecture. Blanco will speak at Trinity at 7 p.m. Wednesday, Aug. 22 in Laurie Auditorium. The presentation is free and open to the public.

The Prince of Los Cocuyos is the Reading TUgether selection for 2018. Incoming first-year students read the book and complete an assignment related to the reading. The Reading TUgether program also provides a community reading experience in which students, staff, faculty, and alumni are all encouraged to read the same book.

The Prince of Los Cocuyos is a vivid account of Blanco's coming of age as the child of Cuban immigrants and his effort to contend with his burgeoning artistic and sexual identities. The book evokes the complexities and glories—and humor—of navigating his two imaginary worlds: the Cuba of the 1950s that his family longed for, and his own idealized America.

Trained as an engineer at Florida International University, Blanco is the prize-winning author of three volumes of poetry, two memoirs, and several poetry chapbooks. Among the academic positions he has held are at the American University, Central Connecticut State University, and Georgetown University. He is a member of the San Antonio-based, internationally-renowned Macondo Writers Workshop, founded by Sandra Cisneros. In 2013, he was named the inaugural poet for President Barack Obama’s second inauguration, becoming the fifth person—and the first Latino and the first openly-gay person—for that role.

Born in Madrid to Cuban exiled parents and raised in Miami, the negotiation of cultural identity and place characterize Blanco’s body of work. In addition to his memoir, he is the author of a series of poetry chapbooks and collections. Blanco also has written a children’s book of his inaugural poem, “One Today,” illustrated by Dav Pilkey; and Boundaries, a collaboration with photographer Jacob Hessler. With Ruth Behar, he is co-creator of the blog Bridges to/from Cuba: Lifting the Emotional Embargo, which provides a cultural and artistic platform for sharing the real lives and complex emotional histories of thousands of Cubans across the globe.

Blanco’s honors include the Agnes Starrett Poetry Prize from the University of Pittsburgh Press, the Beyond Margins Award from the PEN American Center, and the Paterson Poetry Prize. The Academy of American Poets named him its first Education Ambassador in 2015. He has been featured on CBS Sunday Morning and NPR’s Fresh Air. He has been a Woodrow Wilson Visiting Fellow continues to write poems for organizations and events such as the re-opening of the U.S. embassy in Havana.