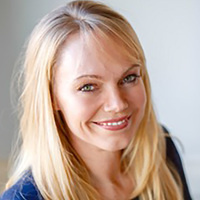 In this politically-charged environment, Anja Manuel is able to cut through the rhetoric to offer an informed analysis of how President Biden's policies might affect the United States’ relationships with both foreign allies and enemies. Drawing on years of experience working at the State Department and as an international business consultant with the firm of Rice-Hadley, Gates & Manuel LLC, Manuel breaks down the sometimes inflammatory foreign policy and trade pronouncements into thoughtful and understandable realities. From the likely direction of U.S. trade policy, relations with China and India, and what the instability of the Middle East and Russia’s assertive policies might mean for U.S. businesses in the near term, Manuel can draw on expertise in every region of the world to provide answers to today's issues. Manuel’s rational and measured approach to the issues has established her as an informed resource for audiences around the world.

In addition, Manuel is the director of the Aspen Strategy Group and Aspen Security Forum, a bi-partisan forum on foreign policy in the U.S., and is a member of the Council on Foreign Relations. She is also the author of This Brave New World: India, China and the United States, and served as an official at the U.S. Department of State, responsible for South Asia Policy.

She is a frequent commentator on foreign policy and technology policy, for TV and radio, and writes for publications including the New York Times, the Financial Times, Fortune, the Atlantic, and Newsweek.