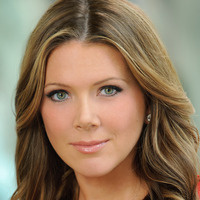 Trinity University's 2018-19 Policy Maker Breakfast Series presents Trish Regan, Fox News host, with a lecture titled, "Economic Outlook in the NEW World Order." The breakfast and presentation will be held at the Omni Hotel at the Colonnade - Grand Ballroom. Breakfast begins at 7:30 a.m.

One of the most internationally recognized faces in business news, Trish Regan joined FOX Business Network (FBN) as the anchor of The Intelligence Report in 2015. Since joining, she has increased ratings by 250 percent, beating all business news competition. In 2015, Regan and Sandra Smith moderated the network’s inaugural Republican presidential primary debate, making history as the first dual-female team to host a debate.

Before FBN, Regan was at Bloomberg, where she served as the anchor of the daily market-close program Street Smart with Trish Regan. Prior to Bloomberg, Regan served as a markets and documentary anchor for CNBC and was also a regular contributor to NBC’s Nightly News and the Today Show. She joined CNBC from CBS News in 2007, where her work as a financial correspondent for CBS Evening News earned her an Emmy nomination for investigative journalism. Regan received a bachelor’s degree in American history at Columbia University. She is the author of Joint Ventures: Inside America’s Almost Legal Marijuana Industry.

The 2018-19 Policy Maker Breakfast Series lineup includes John Quiñones, Trish Regan, Daniel Lubetzky '90, and Gen. Michael Hayden. Series tickets are $170 and may be bought online at gotu.us/pmb, or call 210-999-7601. A limited number of tickets to individual breakfasts will be available after Sept. 10 and can be bought online or by the phone.