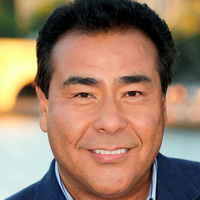 Trinity University's 2018-19 Policy Maker Breakfast Series presents John Quiñones, ABC News correspondent and host of What Would You Do?, with a lecture titled, "What Would You Do? (Business Edition)." The breakfast and presentation will be held at the Omni Hotel at the Colonnade - Grand Ballroom. Breakfast begins at 7:30 a.m.

John Quiñones is the co-anchor of ABC newsmagazine Primetime and has been with ABC News since 1982. He is the sole anchor of the Primetime limited series “What Would You Do?”, one of the highest-rated newsmagazine franchises of recent years, which captures people’s reactions when confronted with dilemmas compelling them to either act or walk away. During his tenure he has reported extensively for ABC News, predominantly serving as a correspondent for Primetime and 20/20. Some of his coverage has included a polygamous religious sect in Northern Arizona, Mexican immigrants’ attempts to enter the U.S., and a lawsuit against the Cuban government.

Quiñones has won seven national Emmy Awards for his Primetime Live, Burning Questions, and 20/20 work, including his coverage of the Congo’s virgin rainforest and the Yanomamo Indians. Among his other prestigious awards are the First Prize in International Reporting and the Robert F. Kennedy Prize for his piece on “Modern Slavery—Children Sugar Cane Cutters in the Dominican Republic.”

The 2018-19 Policy Maker Breakfast Series lineup includes John Quiñones, Trish Regan, Daniel Lubetzky '90, and Gen. Michael Hayden. Series tickets are $170 and may be bought online at gotu.us/pmb, or call 210-999-7601. A limited number of tickets to individual breakfasts will be available after Sept. 10 and can be bought online or by the phone.