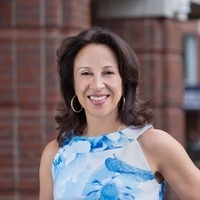 **THIS EVENT WILL BE POSTPONED UNTIL SPRING 2022**

As a reporter who was the first Latina in many newsrooms, Maria Hinojosa dreamt of a space where she could create independent, multimedia journalism that explores and gives a critical voice to the diverse American experience. She made that dream a reality in 2010 when she created Futuro Media, an independent, nonprofit newsroom with the mission of creating multimedia content from a person of color’s perspective.

Futuro does this by empowering people to navigate the complexities of an increasingly diverse and connected world. As the anchor and executive producer of the Peabody Award-winning show “Latino USA,” distributed by NPR, Hinojosa has informed millions about the changing cultural and political landscape in America and abroad.

In her 2020 book, “Once I Was You: A Memoir of Love and Hate in a Torn America,” Hinojosa tells the story of immigration in America through her family’s experiences and decades of reporting, which paints an unflinching portrait of a country in crisis.

Hinojosa’s nearly 30-year career as an award-winning journalist includes reporting for PBS, CBS, WNBC, CNN, NPR, and anchoring the Emmy-Award winning talk show from WGBH “Maria Hinojosa: One-on-One.” She has been honored with her own day in October by New York City Mayor Bill De Blasio and has been recognized by “People en Español” as one of the 25 most powerful Latina women. In 2019, she was named the inaugural Distinguished Journalist in Residence at Barnard College, her alma mater. She lives in New York City with her husband and two children.