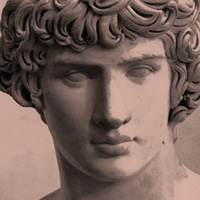 The 2017 Lennox Seminar presents the first lecture of its Love, Art, and Power in the Roman Empire season. This lecture will be held at the San Antonio Museum of Art. Caroline Vout, Reader in Classics and Fellow of Christ's College at the University of Cambridge, will speak on Rome: Sexuality and Empire.

If it is Roman feelings and attitudes to the body we are wanting to capture, ancient literary, legal and medical texts can only do so much: they are largely elite, urban, descriptive, or prescriptive. What of ancient experience, and not just of educated men in Rome or Alexandria, but of men and women in places as diverse as Britain and Turkey? What difference does Christianity make? This lecture does not ditch the literature, but privileges art to measure the vitality of Rome’s sex life at various moments across time and space. In the process it replaces a top-down approach with something more multi-ethnic, dynamic, emotive. It demands that we make our history of sexuality a history of empire and vice-versa.

The 2017 lecture series examines the themes of love and power in the art and literature of the Roman Empire. During the 1st and 2nd centuries C.E., the consolidation of imperial control by the Roman emperors transformed life in the Mediterranean. At the same time, changing perceptions of private life and the relationship of the individual to the state anticipated broader changes in later centuries that would alter the course of European history. In this seminar we will examine the roots of this transformation by looking at literary and artistic source material from the period.

This lecture series is held in conjunction with the exhibit at the San Antonio Museum of Art titled Antinous, the Emperor's Beloved: Investigating a Roman Portrait.

For more information, call 210-999-7658. The Lennox Seminar is made possible by the Martha, David, and Bagby Lennox Foundation.