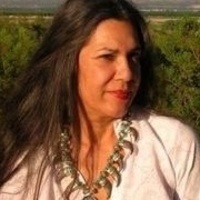 To celebrate Latinx Heritage Month, Trinity University has joined with Gemini Ink to host a writing workshop with Ana Castillo on September 29 at 10 a.m. in the Holt Center. This year’s theme is Chicana/Latina Autobiography, and Castillo will be reading from her latest publication, Black Dove, Mamá, Mi’jo and Me.

Ana Castillo's work as a poet, dramatist, fiction writer, and essayist has earned her an international reputation as a committed and engaged public intellectual. She held the inaugural Sor Juana Inés de la Cruz Endowed Chair at DePaul University. Numerous awards attest to her contributions as a writer: the American Book Award from the Before Columbus Foundation for her first novel, The Mixquiahuala Letters, the Carl Sandburg Award, the Mountains and Plains Booksellers Award, writing fellowships from the National Endowment for the Arts in fiction and poetry, and the Sor Juana Achievement Award by the Mexican Fine Arts Center Museum in her hometown of Chicago. Castillo edits La Tolteca, an arts and literary magazine. In her latest work, Black Dove, Castillo looks at what it means to be a single, brown, feminist parent in a world of mass incarceration, racial profiling, and police brutality.

The Latinx Heritage Month Series is made possibly by Norma E. Cantu, the Norine R. and T. Frank Murchison Professor of the Humanities; the MAS Program; the Department of Modern Languages and Literatures; and Women and Gender Studies. For more information, contact emembren@trinity.edu.

Faculty and Staff, Alumni, Open to the Public, Parents