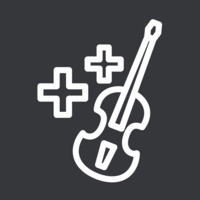 Food For Thought: The Healing Role of Music During Difficult Times

Music heals. Since the COVID-19 pandemic began, KRTU has received numerous emails from listeners and community members (near and far) thanking the station for continuing its nearly uninterrupted music programming. An overwhelming majority of the emails have suggested that in difficult times, it’s nice to know they can turn to a local radio station and enjoy quality music programming. For KRTU, that means jazz music is helping heal hearts and minds.

It’s not just that music is entertaining. The notion that music heals is something deeper. Music can provide a much needed respite from the unpredictable and unsettling reality of something like a global pandemic. Music can also inspire and move a community to change much like the music of the Civil Rights era. Some of the greatest soul and jazz music ever created came out of that difficult period in the 1960s. That is a powerful notion. Is it Billie Holiday’s voice that opens our mind? Is it Sam Cooke's overall message in his 1964 civil right anthem, “A Change Is Gonna Gonna Come?”

Here’s some food for thought: In this capacity, music as art heals. Music provides comfort and a sense of normalcy when things seem quite abnormal. Given the difficult and fractured moment in which we are living, what is the role of music? What is the role of Black music?

Building on the history and role of Black music since the 1960s, "The Role of Music During Difficult Times" conversation hopes to bring together two important voices from the San Antonio community to discuss this important and timely topic.