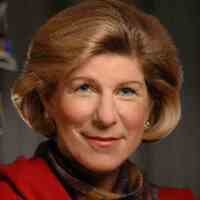 This year's Distinguished Lecture features Nina Totenberg, a legal affairs correspondent for NPR, having a conversation about "The Supreme Court and Its Impact on You." The lecture will take place on October 18, 2018, at 7:30 p.m. in Laurie Auditorium. The event is free and open to the public. For more information, call 210-999-8404. The Distinguished Lecture Series is made possible by the Walter F. Brown Family of San Antonio.

Nina Totenberg is National Public Radio's award-winning legal affairs correspondent. Her reports air regularly on NPR's All Things Considered, Morning Edition, and Weekend Edition. She is also a regular panelist on “Inside Washington,” a weekly syndicated public affairs television program. Totenberg's coverage of legal affairs and the Supreme Court has won her widespread recognition. In 1991, her groundbreaking report about University of Oklahoma Law Professor Anita Hill's allegations of sexual harassment by Judge Clarence Thomas led the Senate Judiciary Committee to re-open Thomas's Supreme Court confirmation hearings to consider Hill's charges. NPR received the Peabody Award for its gavel-to-gavel coverage, which Totenberg anchored. In addition, Totenberg is the only radio journalist to have won the National Press Foundation award for Broadcaster of the Year. Before joining NPR in 1975, Totenberg served as Washington editor of New Times Magazine, and before that she was the legal affairs correspondent for the National Observer.