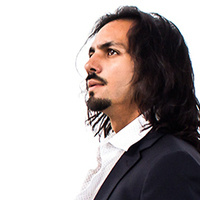 Juan Manuel Fernández Montoya, known as Farruquito, is heir to the most renowned Gypsy flamenco dynasty. The New York Times calls Farruquito the “Greatest Flamenco Dancer of this New Century.” Son of Flamenco singer Juan Fernández Flores “El Moreno” and dancer Rosario Montoya Manzano “La Farruca”, Farruquito was immersed in the purest form of flamenco founded by his grandfather, “El Farruco”, one of the greatest dancers in the history of Flamenco.

Farruquito has made it his life’s mission to share the purest form of Flamenco on stages all around the world while further broadening his influence by collaborating with the most paramount film directors, conductors and artists of our time