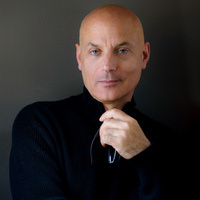 Mendelsohn's lecture is titled "Too Clever By Half: What We Learn from the Mistakes of Great Literary Characters." Focusing on the Odyssey, this lecture examines the paradoxical role of mistakes in great literature. Ranging from the Iliad to Pride and Prejudice, from Sophocles’ Antigone to Portrait of A Lady, from the Aeneid to Game of Thrones, Mendelsohn will investigate the ethical and structural value of screwing up: the way in which mistakes create satisfying stories (the “knotting” referred to by Aristotle in his Poetics as the source of good plots, which is eventually resolved by “loosening” or, as we call it, dénouement) and, even more, how characters’ arcs from stubborn self-confidence to a realization that they have been wrong gives these works their important “educational” aspect. When the lesson comes in the nick of time, as it does for Austen’s Elizabeth Bennett, comedy results; when it comes too late, as it does for Sophocles’ Creon and Henry James’ Isabel Archer, we have tragedy. These considerations lead to a detailed analysis of two crucial mistakes in the Odyssey related to the subject of the poem's educative energy.

Mendelsohn began his career in journalism in 1991 while completing his Ph.D. in Classics at Princeton. Since then his translations, reviews, and essays on books, movies, theater, and television have appeared regularly in numerous national publications, most frequently the New Yorker, The New York Review of Books, and The New York Times. Mendelsohn is the author of seven books, with a new book slated to release in October: An Odyssey: A Father, a Son, and an Epic. The book recounts his travels around the Mediterranean with his late father, a scientist, while reading the Odyssey.

In addition to numerous awards for his books, Mendelsohn has received a Guggenheim Fellowship, the National Book Critics Circle Citation for Excellence in Book Reviewing, and the George Jean Nathan Prize for Drama Criticism. In 2008, he was placed by The Economist on its list of the best critics writing in the English language. Mendelsohn currently lives in the Hudson Valley and teaches literature at Bard College.