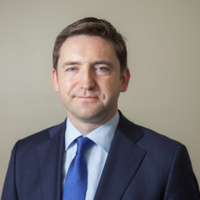 20 years of Peace in Northern Ireland

Mr. Adrian Farrell, the Consulate General of Ireland, will be on campus Friday, October 3, 2018 from 1:30-3pm in Northrup 040 to give a lecture on the 20th anniversary of the Good Friday Accords which brought a cessation of hostilities between Catholics and Protestants in Northern Ireland.

The event will be primarily attended by social science and humanities students, but will also be open both to the campus as a whole and the public at large.