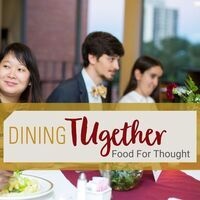 ***THE REMAINDER OF THIS SERIES HAS BEEN CANCELED***

Lisa Petersen and Denis O’Hare's stage version of Homer's Iliad seems a fool’s errand: the distillation of a sprawling 24-book epic into a one-person show. It shouldn’t work as theater, but yet it does, as the authors find ingenious solutions for turning an expansive classical epic into an intense meditation on contemporary American society. With the aid of TU actor and political science major Anthony Tresca ’22, Jenkins explores how Homer’s myth makes a spectacular leap from stage to page, and how the idea of ‘translation’ encompasses more than just language—it includes gesture, sight, and even thought.

Les Bleamaster and Ben Surpless, professors in the Department of Geosciences, will discuss the evolution of remote sensing technologies, from terrestrial and planetary satellites to Mars rovers and drones. As Amazon Corporation contemplates drone-based home deliveries and SpaceX, both Google and Amazon plan to launch thousands of low-earth-orbit satellites. Bleamaster and Surpless will provide their views on the power of these cutting-edge technologies in an age of exploration and information, including a hint of the ethical dilemmas associated with these expanding modes of information gathering.

After dinner and a rum tasting, Professor Mathews will discuss the fascinating and sometimes brutal, history of the boutique rum trade in southern Mexico. Utilizing research methods including archaeology, archival research, riding on historic trains, interviews with local Maya peoples as well with contemporary rum makers in the United States, Dr. Mathews has developed a vibrant picture of the 19th century sugarcane and rum industry in the middle of the jungles of the Yucatán Peninsula.

Video cameras seem to be everywhere (and increasing in number on a daily basis), but what is less well known is the many ways video streams can be used. Many are familiar with the use of video for identification of people or as license plate readers. This lecture will highlight video’s other current uses such as calculation of vehicle speeds and determination of red light violations. Using basic physics and engineering principles that relate time, speed and distance, Leifer will present several case studies taken directly from his files demonstrating how video -- from a variety of different sources -- was used to either confirm or refute testimony on both sides of a case, or to ascertain how an event occurred.

Season tickets are available for $80, or individual events can be purchased for $25 each. All events include dinner.